For those of you who would rather read than listen, today we have an excerpt from the transcript of the TrainingBeta Podcast Episode 137: Kris Hampton on 6 Movement Drills to Improve Your Climbing. You can find the entire transcript and audio on the episode page. In the interview, Neely talks with Kris about how he has trained himself to become a more powerful climber partly by using the 6 movement and technique drills they discuss in the interview, and how he uses these drills with his clients with great success.

The process of learning new techniques and movements for climbing can be a daunting task. Sometimes it requires us to push aside our egos and try to master things we need to improve at. Other times, it just requires us to get curious and be more open to exploring. Either way, it can feel a little uncomfortable, but that usually just means there is an opportunity for growth. While there are so many different movements to learn in climbing, it’s easy to get lost on where to begin. Kris gives us some insight about how to go about the process of fine-tuning our skills.

In this excerpt, Kris and Neely talk about:

Be sure to check out the full episode or transcript! If you’re interested in training for climbing, check out our Route Climbing, Bouldering Strength and Power, and Finger Strength programs. 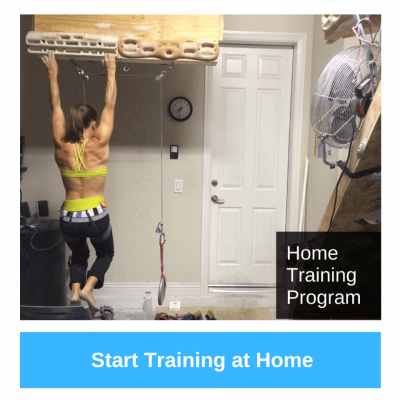 Neely Quinn: Maybe we can start with: what are the most common things you see people lacking in terms of technique and movement?

Kris Hampton: I’m going to be a little dodgy probably in this conversation because I know you’re going to want me to give you really specific things but I think that’s one of the hard parts about the conversation. It’s so wide-ranging that I can’t be super specific.

I would say one of the big, global things that I see people lacking is just awareness of mastery. Climbers are super interested in success. If we do the move, we did it. If we top the boulder, we were successful. There’s a level of mastery that seems to be missing. Climbers don’t want to go back to a boulder. ‘I don’t want to unsend that thing,’ so they won’t touch it again once they’ve done it. But there’s a lot of room for improving the way that you climbed it, the way that you’re moving in several different areas, and if you can just build the awareness of, ‘this could get better and I could be a little more masterful of how I climbed that boulder or how I did that move,’ then I think your movement, your technique, begins to automatically get better over time as you are more and more and more aware. I would say just awareness of mastery and not being satisfied with success is the biggest issue I see.

Neely Quinn: So really being self-aware and noticing what you kind of suck at or what you’re not…

Kris Hampton: Yeah, just being honest with yourself.

Neely Quinn: That’s the thing. Then putting yourself on things where you know you’re going to be working on it, right? That’s what I don’t get. I’m like, ‘I’m pretty bad on smeary feet. I have a hard time trusting them.’ So do I just go slab climbing?

Kris Hampton: Yeah, that’s a good question. It’s a lot about checking in with your ego and deciding: do I feel uncomfortable here? If you do, that’s probably a good place to be as long as it’s not overwhelmingly uncomfortable. Getting comfortable on smeary feet could start with slab climbing and then I would take it to more vertical terrain and then lightly overhanging terrain and forcing yourself to use those bad, smeary feet. Even if there’s a good foot available, trying the move with more smeary feet – on handholds that you feel comfortable on – might put you into that discomfort level enough that you’re learning something from it.

Kris Hampton: Exactly. It’s no different than the discomfort with falling or with leading or whatever. Jumping right into your project level boulder or route and jumping on the hardest smeary feet you’ve ever tried to use is going to be a little too overwhelming so taking baby steps into it is super helpful.

Neely Quinn: Right. You know, it just occurred to me that one of the reasons it’s difficult to talk about this topic is we don’t talk about it very much. When I say things like ‘movement’ and ‘technique,’ I don’t even know exactly what I’m talking about [laughs]. You think that as a person who’s been climbing for 20+ years, I’ve got pretty good technique. I think I know the movements that I need to do. We think it’s just this beginner kind of thing, like we need to learn drop knees and how to twist and all these things, but that’s not necessarily true is it?

Kris Hampton: That’s not necessarily true. You hit on something really interesting: we know what we know but how can we know what we don’t know? I think that’s a really strange question to ask but if you take a beginner who has never seen a drop knee and you say, “Do a drop knee,” they don’t know what the hell you’re talking about. It’s not much different. There are moves that Jimmy Webb knows how to do and that are in his wheelhouse that I’ve probably never experienced and if I don’t know those I’m not going to recognize them.

I think a way to find those things is just through being open to exploration, being open to getting uncomfortable when you’re in the gym or when you’re outside, in a deliberate-practice setting, whatever that is. Not tying yourself down to: this is the list of techniques that’s viable. Pretty much anything goes. There aren’t any rules. If you can come up with a new movement that works or that you’ve never seen before, then it works.

I had a conversation with John Sherman years ago and he talked about when he was in his heyday in Hueco Tanks, they walked right past all of the compression boulders because they had no concept of what that was. It wasn’t a technique they knew, it wasn’t a way they climbed, so if there weren’t down-pulling holds they didn’t recognize it as a boulder. It just took some exploration for someone to discover, ‘Oh hey! I can climb this thing,’ and now those are valid techniques in that list.

Neely Quinn: That’s the thing – when you say to me, “There are things that Jimmy Webb has done that I’ve never done,” I’m like, ‘Well, what are those things? I want to see those things. What does that mean?’

Kris Hampton: That’s the cool thing about climbing media now being so readily available. You get to see all of these interesting moves. Like bicycling wasn’t a thing when I started climbing. I didn’t know what that was but I learned it watching videos of these much better climbers and seeing. ‘Oh, look at that! How does that work? I want to try that. I’m going to go find a situation in the gym where I can experiment with that and see how it works and try to understand it.’ Through lots of practicing and trying to understand it and trying to create situations for it, it’s now a technique or a movement that I recognize relatively readily. I can intuit when to use it. I can feel, ‘Oh, a bicycle would work. Is there one available?’ That’s through tons and tons of practice after seeing it in a video a decade ago, or whatever.

Neely Quinn: Right. I mean, the difference between climbing and other sports, like say soccer, is that in soccer you go to practice, you do these drills and you do these techniques and you practice them over and over and over. I don’t think you could say to me, “Neely, these are the five drills that you have to do for the rest of your life to become a better climber,” because there are so many movements in climbing. It’s so much more nuanced, or am I wrong about that?

What we try to do is pin it down to the bigger, more global ideas, so things like tension or rhythm, accuracy, things like that. We build lots of drills that you could take to a climbing wall where you might be doing heel hooks, toe hooks, drop knees, flagging, whatever, while being super aware of the tension that you’re using or the rhythm that you’re using and using those things in and out of all of these techniques. Gyms are amazing and setters are really, really good so they will give you a way to learn all of these individual techniques, heel hooks, toe hooks, drop knees. It’s the rhythm, the tension, things like that that the climber really has to be aware of to learn.

Neely Quinn: Okay, so now we’re getting somewhere. There aren’t specific movements that you have to learn, it’s more about how you carry yourself.

Kris Hampton: Sort of, yeah. I mean, you do have to learn those movements.

Kris Hampton: But I think we have a construct available to teach climbers those things, whether it’s through beta sharing or just going into your gym and watching people climb your projects, watching videos online – it’s really easy to see those techniques and go and try to imitate them. What matters is how you do them. That demands that you’re climbing with awareness and really trying to master them instead of just being satisfied with success. Not to hammer away at that but I’ll keep coming back to it I’m sure.

Do you want a well-laid-out, easy-to-follow training program that will get you stronger quickly? Here’s what we have to offer on TrainingBeta…