Alex Stiger: How I Trained for Tomb Raider 5.13d

Our main goal with the How I Trained For series is to showcase how actual climbers trained to complete their goals. Everyone has different strengths and weaknesses. This means everyone has different training needs, and successful training programs reflect these individual concerns. Additionally, goal routes or boulders require a wide range of skills, tactics, and physical adaptions from us to succeed. If you have a specific goal climb, these unique requirements should be reflected in a successful training program.

Today’s second installment in the How I Trained For series features Alex Stiger and her battle with and eventual send of Rifle’s Tomb Raider 5.13d. Alex is a Colorado-based climber and head coach at The Spot climbing gym. When not working with her youth athletes, she is a driven climber out there putting in the work on her projects. What Alex outlines below is not her entire training program, but a two-week training block she used to flip the script from regressing on her project to clipping the chains.

There’s a lot that we can all learn from Alex’s approach to climbing and training. However, we really like this story because we think it does a great job of illustrating just how effective training can be when you can both target your individual weaknesses and work towards a specific goal. We’ll let Alex take it from here…

Alex Stiger: How I Trained for Tomb Raider 5.13d

“I’m ready for a break and I feel weak.”

I said these words to my boyfriend Luke as we were leaving beautiful Rifle Canyon. We had climbed Friday and Saturday and the next weekend was a forced weekend off from our normal weekend warrior schedule as I would be coaching Youth Sport Divisionals. Our last eight weekends had been spent battling our chosen projects. Luke had sent his project, Slice of Life 5.13d, the previous weekend and lots of sends in Rifle were happening! I, however, had regressed…

My goal for the weekend had been to reach a new high point on my project, Tomb Raider 5.13d. However, I had fallen several moves below my current best. Feeling tired and a bit beat down mentally, I made the decision that I would spend the next two weeks away from Tomb Raider, training and resting hard. Following this tune-up, I would try it one more weekend. If things didn’t feel substantially better I was going to put the climb aside until cooler temps in the fall. 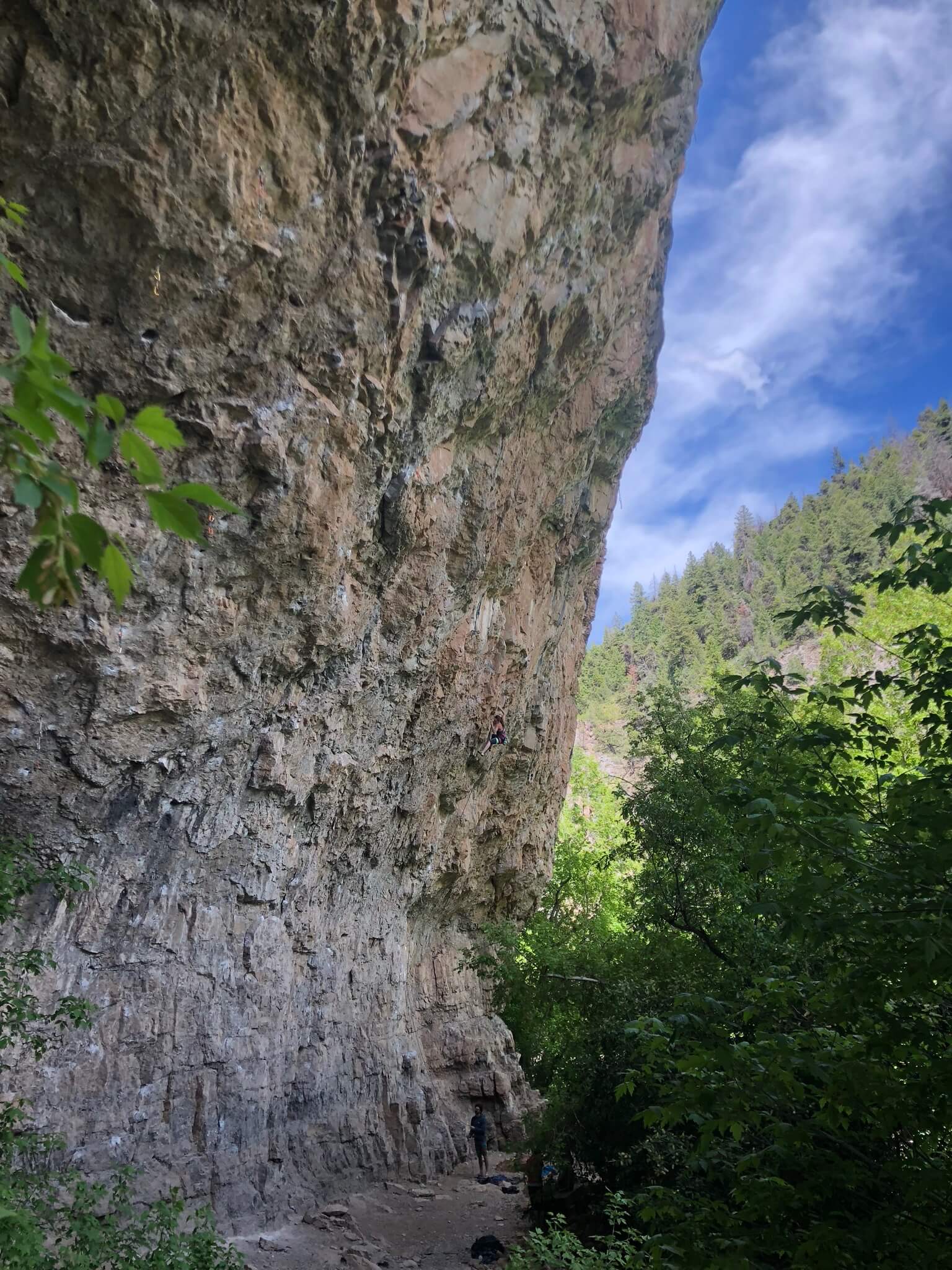 Alex Stiger in the thick of it on Tomb Raider

The Project So Far

Six weekends into projecting Tomb Raider, the best I’d accomplished was a desperate three hang and a high point about a quarter of the way up the climb. The end of June was near, temps were rising, and I didn’t feel hopeful I would get the job done. Tomb Raider would be my first 5.13d and I was feeling like I might have bitten off more than I could chew. The low crux felt heinous, the middle hard, and the top improbable while pumped. The couple times I managed to climb through part of the low crux I fell off super out of breath and out of energy – not even that pumped, just unable to breathe and keep my heart rate reasonable. Being an optimist by nature, I had been putting off any hard training during the last three weeks because I wanted to be fresh for my weekend send goes. However, I didn’t just feel weaker; I definitely was weaker and quickly losing confidence in my fitness.

I felt in a good place to have a short burst of high-intensity training focused on getting back to my prior levels of finger strength, core, and general fitness. Last fall I had used this same tactic of a two-week training/rest break to complete my first 13c, also in Rifle. From that experience, I knew it was important to feel in peak form in order to make the kind of progress on Tomb Raider that I wanted.

My training over the last three years has focused on consistently increasing my power, finger strength, and core strength. My goal for the two weeks was to get back up to my previously established baseline levels, but not push too hard for personal bests as the last thing I wanted was an injury.

I usually train power with bouldering sessions (indoor or outdoor once per week) with occasional blocks of campusing (once per week for 3-4 weeks on a campus board). When it comes to strength I focus on finger training (repeaters in a half crimp on small edges), core training on a TRX, and shoulder exercises on gymnastic rings. The icing on the cake is usually power endurance, which I address with hard single pitch sport climbs + lots of rest in between attempts (also once per week). As a short climber (5’0″), I can never be too powerful and feel a huge difference, not for the best, when I neglect my power sessions and finger training. 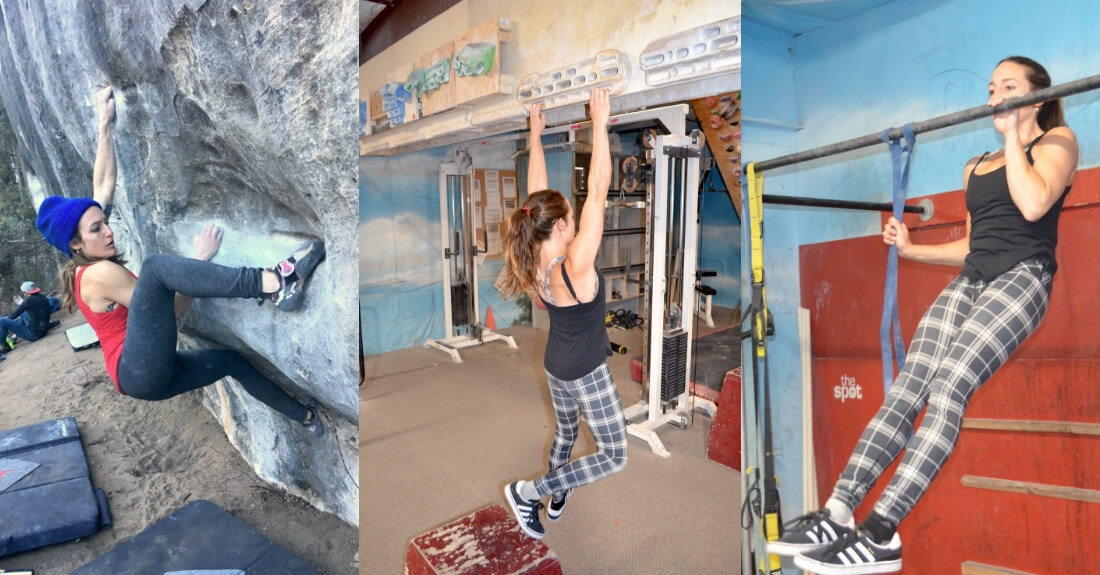 When possible I try and separate my climbing and general strength training sessions by at least a couple hours. It’s not always easy to fit in multiple short sessions around my work schedule, but planning it out before the day helps a lot. Having time (1-3 hours) to recover in between climbing and general strength training sessions helps me stay psyched, fit more in, and also recover.

For this two-week block, I not only increased the training load, but I also tried to make good eating decisions (salad for lunch instead of mac and cheese, chicken breast instead of hamburger, a glass of wine instead of bourbon and wine). Here are the specifics of my two-week training tune-up: 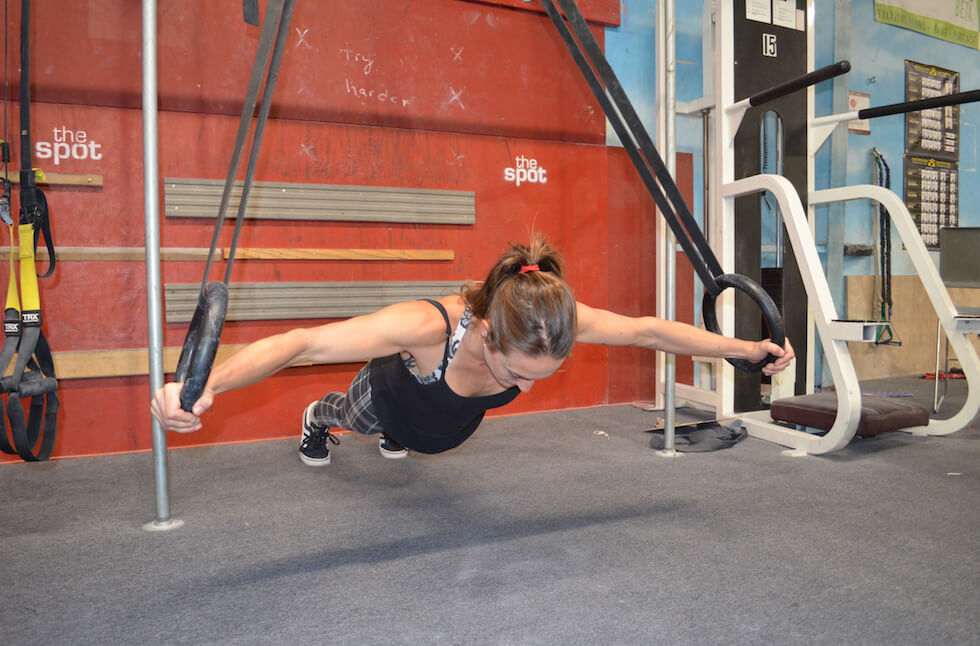 The author working on her shoulder stability and core strength with gymnastic ring flys. 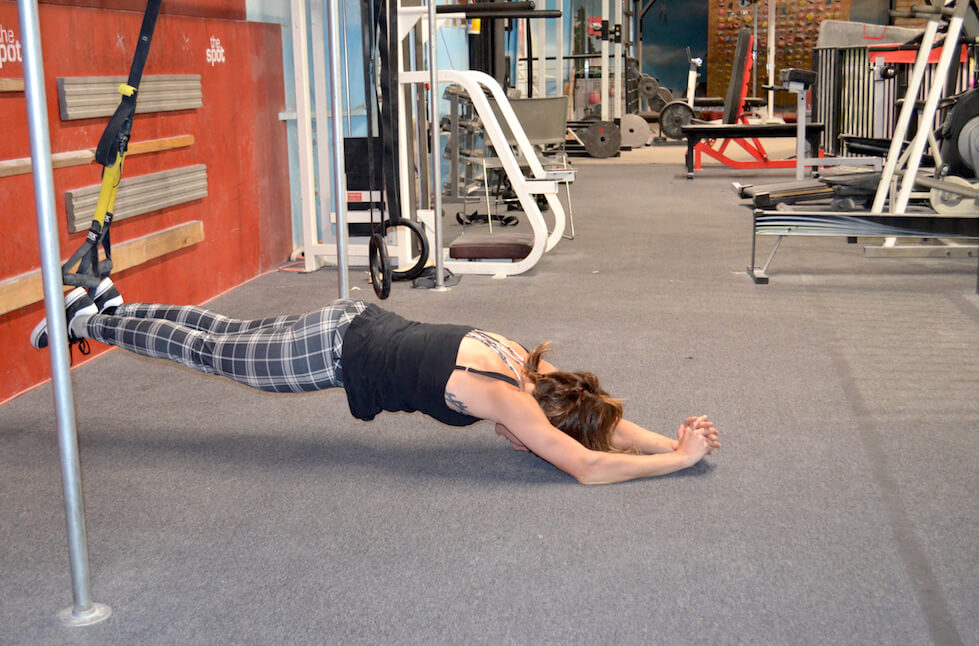 I made this remark as Luke lowered me off my warmup. After we finished our warmups, we headed straight to The Wicked Cave so I could try Tomb Raider.

My first attempt on the project ended early due to a kneebar pad placement error. Whoops…

On the second go, though, I found myself midway through the lower crux, almost to my high point, feeling better than ever, and actually able to breathe! A few more moves and I was through the hardest section of the climb. I settled into an uncomfortable kneebar rest feeling psyched on my new high point. While resting, I decided I might as well try hard and get as high of a new high point as possible.

Clipping the chains, I was shocked.

“Did that just happen?”

Sending Tomb Raider my first day back was a true surprise. However, I think it really highlights the fact that at some point, while projecting, we have to realize when no more progress is being made. Putting off training sessions just means you start to regress further and further. A step back, some focused training on weaknesses and quality rest days can do way more than a few more bolt-to-bolt attempts. My two weeks of training focused on getting back some lost finger strength and core. The result was a surprise send. 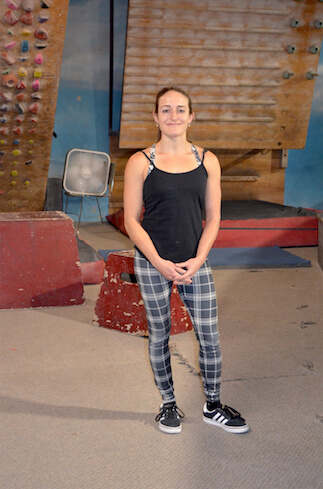 Alex Stiger lives in Longmont, CO and is currently Head Coach at the Spot Gym. At the age of 16, Alex found climbing by signing up for a climbing wall and rope course while on a chess cruise (called geek cruises) with her family. Immediately after returning back to her hometown in Texas she looked up the local climbing gym and basically moved in. In 2006 Alex moved to Boulder, Co to continue building a lifestyle around climbing. Now a full time climbing coach, Alex spends her weekends in Rifle, Co with her boyfriend Luke and dog Milly, occasional afternoons bouldering in Rocky Mountain National Park, and home time playing online speed chess. 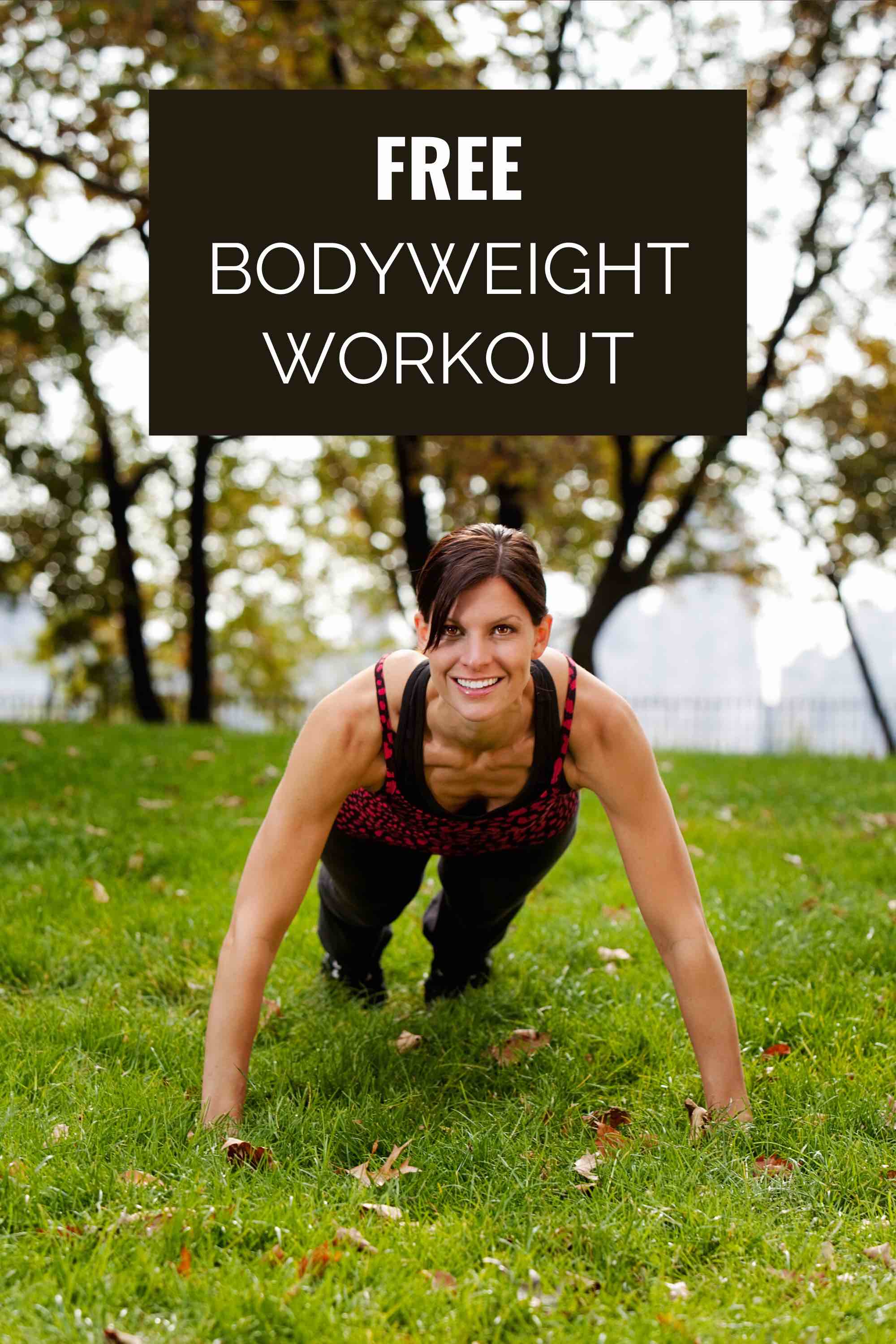