Are you training hard but not getting better?

If this is the case, chances are it has less to do with the nuts and bolts of your training like exercises, sets, and reps and more to do with underlying issues that are preventing you from getting out of your own way. Don’t take this personally. It isn’t due to a lack of caring or desire, but because training effectively often means asking the hard questions and dealing with truths about ourselves that we may not like and aren’t comfortable dealing with. Figuring out how to confront these issues is hard to do by yourself and it’s where a coach or trusted friend can really help.

To give you a more concrete idea of what some of these common training mistakes are and how they can interfere with our training efforts, here’s an excerpt from Episode 132 of the TrainingBeta Podcast with Alex Bridgewater and Charlie Manganiello. Alex and Charlie are coaches over at Climb Strong and what they are sharing today are the recurring issues they see pop up with the athletes they work with.

In this particular excerpt, Alex and Charlie give you a quick overview of the six most common pitfalls that climbers falling prey to. For a full discussion of each issue be sure to check out the full episode. Also, remember that while these kinds of discussions can seem abstract at times really confronting any of these underlying issues in your own training is going to have a much bigger impact on your climbing performance than any new workout or exercise ever could. 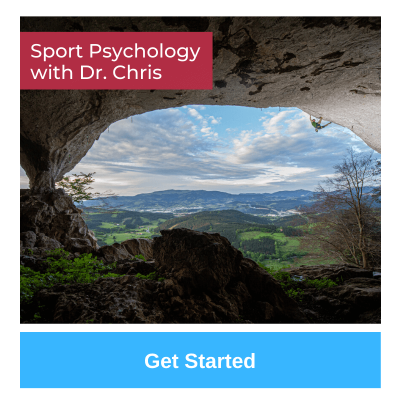 Neely Quinn: What are we talking about today guys?

Alex Bridgewater: Charlie and I have been discussing, over the last couple of weeks, how we spend so much time with athletes in general. Not only that but we’re fortunate to spend a lot of time with a lot of different styles of athletes. We coach a lot of climbing athletes through ClimbStrong but we also, like I was saying before, spend a lot of time in the gym working with everyday life type of people who are coming in and they’re like, ‘Hey, I want to be able to pick up my grandchildren,’ or, ‘I want to stop holding the handrail when I walk up the stairs,’ or, ‘I want to be able to go climb The Grand with my son.’

A lot of this experience allows us to see, from the back end of things, pitfalls that we see in athletes and what they’re doing either in their everyday sessions or their daily lives that may or may not be holding them back, whether or not they know it. Or, they can’t seem to step away from certain habits.

What we see as the most important things for athletes to be paying attention to – Charlie, I don’t know what…

Charlie Manganiello: I think it’s not for a lack of knowledge. Between ClimbStrong articles and publications and TrainingBeta and Power Company Climbing and Eric’s Training for Climbing website, everyone has access to thousands of different strength workouts, climbing drills, and if it was the case that they didn’t have enough information then we wouldn’t be coaches and people would just be doing their own thing and they would be fine.

Where we come in, or a really good friend or a training partner, is to call people on kind of their bullshit. When they’re not sleeping well or not eating well or kinda half doing a workout or doing too much of a workout or too many in a row, it’s more of trying to guide that athlete in a direction where we’re not only changing training habits but lifestyle habits. Is this really a goal or is this something you want to say you have done or be able to post on social media?

Believe or not – and coaches might be nodding their head right now or people that may be interested in coaching – it’s way more of a therapy session with a lot of athletes, more so…

Charlie Manganiello: It’s really true and it’s not to say that all the athletes that we coach are crazy, it’s just that that’s the nature of an athlete. There’s just lots of factors and we’re all our own worst enemy. When we get the mind racing to do certain things we can really hamstring ourselves when we’re not picking some of that low-hanging fruit.

I think a lot of people try to put more intense, complicated training to cover really easy pitfalls like maybe try one less beer a night.

Alex Bridgewater: Yeah. We talk about this all the time, like the perfect set and rep scheme for some strength session is not going to change the fact that you only sleep four hours a night, you know? So many people look for those tangible things that they can say, like, ‘But I do three strength sessions a week.’ Okay, yes, but you drink six beers a night and you only sleep four hours and you don’t drink enough water, blah blah blah, down the line. Those are the hardest topics to discuss with athletes.

It’s easy to have a conversation, a very black and white conversation, with an athlete about, ‘Yes, you go into the gym. It’s going to take you 45 minutes. You do three sets of 10 reps of this exercise,’ right? But what about when the athlete eats half a cake a night, you know? Maybe that doesn’t necessarily affect them negatively in the moment but you could say, “Okay, this is something that we can take care of right away.” They’re like, ‘No, I like my cake.’ ‘Okay. Do you really want to get in shape to climb El Cap or do you want to eat cake?’

Those difficult conversations are what we really spend a lot of our time doing and they’re the ones that most need to be had with a lot of athletes. I would say these are the common training mistakes or common mistakes made in the world of training that athletes are making.

Charlie Manganiello: I also think it’s worth pointing out that these are kind of extreme examples. Not extreme examples but examples that are closely related to drinking and eating cake. I think it’s worth saying that we’re not saying that if you cut out beer and cake and just have an amazing diet that you’re going to be fine. It’s also not to say that we’re perfect. I drink beer. I eat cake. It’s the relationship and the timing of that, where if you’re building up for some big performance or some big goal that you’re stating to your coach or to yourself then there’s going to have to be some give and take with some habits that might be holding someone back. It’s not necessarily going to be more training.

I think people often obsess over, ‘I need the perfect workout for my specific goal.’ Everyone kind of feels so unique in that way. I think people almost get what you might call decision paralysis where they’ve got all these answers or these things they could do for a workout and they just don’t think it’s perfect enough. Really, if they had just started a month before on the most simple, basic plan that they kind of scoffed at, they’d be four weeks ahead of where they already are just by trying to still figure out what they want to do.

Neely Quinn: Right, so that’s a big one it seems like, having decision paralysis and not knowing what to do so you do nothing.

Alex Bridgewater: Or they do a little bit of everything. They’re like, ‘I do a different workout every single day. I’ve never done the same workout once in the last six months.’ It’s like, ‘Well, then we’re not as focused as we need to be.’

Neely Quinn: So that would be another one: not having a plan, just doing all the things.

Do you guys want to go through some of the main ones that we might have time to talk about today? Or list them off first and then we can go through them?

Charlie Manganiello: Oh sure. Let me list off some of the ones that we’ve talked about. I guess we kind of got into a little bit but do you want me to just list them all?

– Not recovering enough. That is speaking to whether you’re in a training phase or a performance phase.

– Having unrealistic goals, because they don’t match an athlete’s behavior.

– The simple idea behind habit change, so doing something that you know that you need to do that you’re not doing yet.

– The obsession with perfection.

– Athletes losing focus during a session, ie putting their workout online before they’ve even finished it.

– People hanging onto outliers. We all know a vegan billionaire who can climb 5.15 but it doesn’t mean you have to be a billionaire and a vegan to climb 5.15. That’s just a funny example.

Neely Quinn: [laughs] That is so random.

Charlie Manganiello: People have various climbing goals, like we’ve heard in the climbing community where it’s like, ‘Oh, I’m just a boulderer. I’m just a sport climber,’ or the boulderer who goes to sport climbing and everybody is like, ‘Oh man, are you just going to stop bouldering?’ ‘No, I’m balancing my various climbing goals where I’m changing between a little less bouldering to work on some long, sport endurance-y route and vice versa.’

You can have it all, you just have to plan for it. You can’t be trying to train all those climbing goals at the same time.

Then people thinking way short term. That is speaking to people who are, right now in August, training for their September 15th send of the hardest thing they’ve ever done. They’re thinking way too short term and the body unfortunately just doesn’t adapt that quickly.

We’ve made this analogy on the podcast a million times, but the training I did today is the training I’m going to use a year from now. 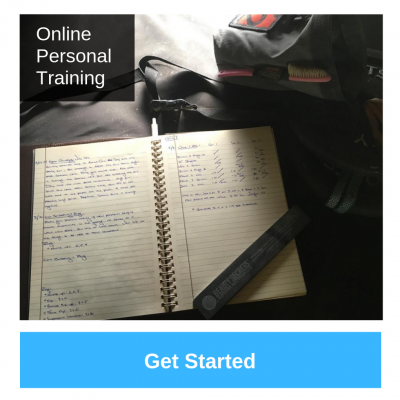 Get A Free Week of Power Endurance Workouts